For the fall 2017 edition of the Blogger’s Quilt Festival at Amy’s Creative Side I want to share my absolute favourite quilt–at least to date. I started this quilt in 2013 as part of the Simply Solids bee on Flickr (aside, do you remember when Flickr was the place to be for quilting loveliness? these days it’s all about instagram). I decided I really wanted to make a modern butterfly quilt, and designed my own 10″ block using free software from Quilt Assistant. Well, I didn’t realize that paper piecing was so mind-blowing for some quilters, but I received 13 lovely blocks (including one which went astray and took 6 months to arrive).

I sashed each block to make them 14.5″ unfinished and decided to hand quilt on a block by block basis. I made three blocks as well, resulting in a 56″ square finished quilt finally assembled in 2017. Finished size 56″ square. Batting is Warm and Natural, prewashed.

From top left, the makers are:
1. Janet, Caribou Crossing Chronicles (flickr) 2. Patti, Retired to Quilt (flickr, instagram) 3. Me 4. Oops, I can’t figure this one out. Maybe another one I made since I’m pretty sure all my bee mates are accounted for.

I might like the back just as much. To counteract the crispness of the solids on the front, I selected gorgeous large scale prints (with Anna Maria Horner very well represented) which we all buy but are so difficult to use in small pieces. 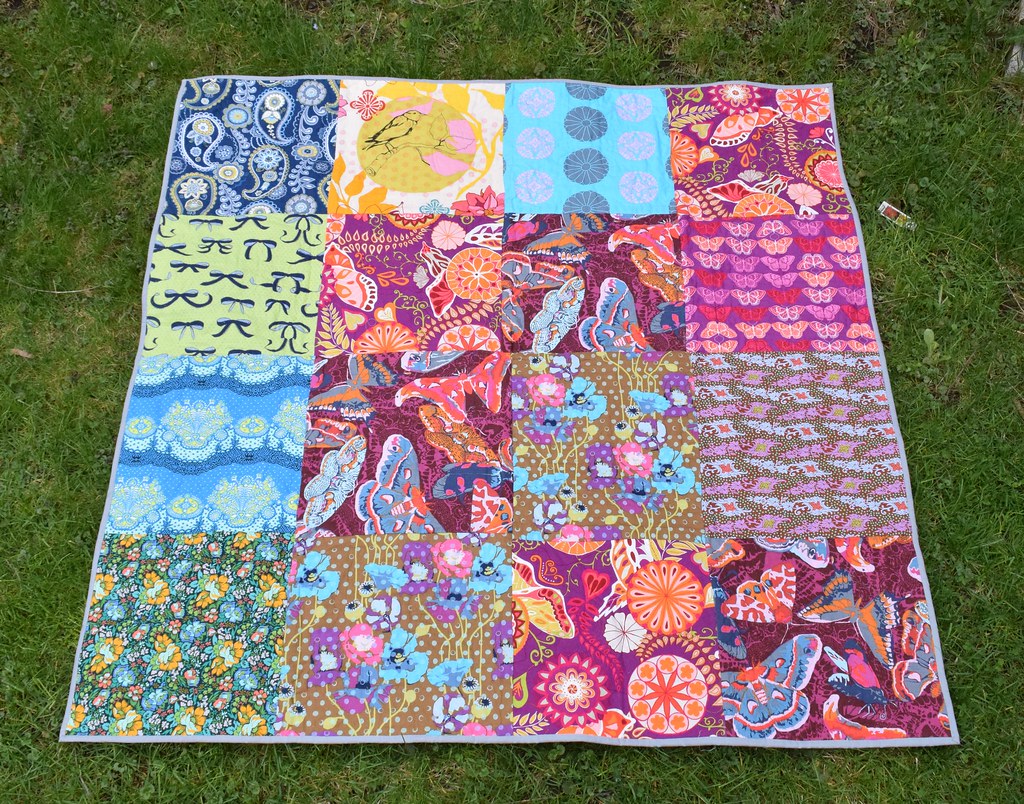 Some of my previous posts about this quilt: Hand Quilting, Modern Butterfly–My first pattern, A Rainbow of Butterflies, Slow stitching 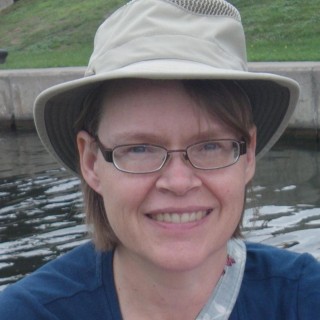 I had coffee on the dock this morning. This kayaker was a little more ambitious. #myhaliburtonhighlands
Visited the wolves today @haliburtonforestwolfcentre . Only one pup this year.